Mt Fuji (富士山) lies 3776m above sea level, highest point in Japan.
Pic of Mt Fuji from the base: 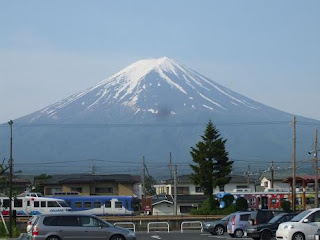 From the 5th station(around the middle of the mountain): 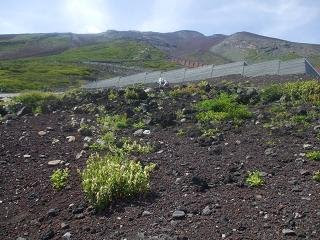 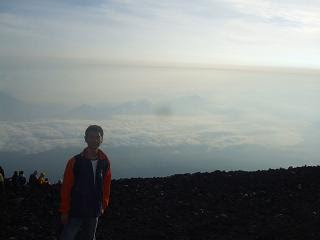 Here, you are way above the cloud level..

We started our climb near mid-nite, just to catch the beautiful sunrise 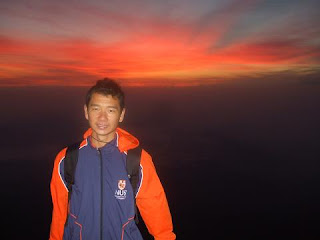 And to celebrate YAP's birthday (on the peak) 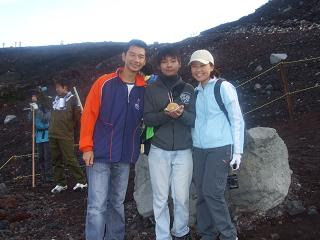 We carried a birthday cake and some candles all the way up. This pic was taken with the mountain crater as the backdrop. haha. What a memorable way to celebrate your birthday in Japan :)

The climb was generally fun. I like the cloudless night sky and the array of stars visible. I like the occasional shooting stars, where everybody will stop what they are doing to make a wish. I like the fresh air and serene peace up there....

The climb was slightly physically demanding, esp the decending route. But its shocking to see how some groups of old men and women (abt 60 plus years old) have the stamina and endurance to overtake us bunch of "kids" during the climb. Even some 5 year-old kids look so energtic after a nights' climb!
Perhaps for them, its no big deal - its most prob a regular daily/weekly exercise from them to climb up and down the mountain... LOL
Whilst i was shivering in the cold wind near the peak of the mountain, some girls near me were touching up their MAKE-UP!!!
Lesson learnt for gals: Bring your make-up kit wherever u go. You need to look good in photos.

Look at the crowd near the peak: 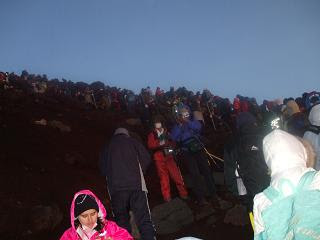 When i reached the top, I saw a girl dressed in SKIRT(with long thick socks) and low heels!!! OMG! Did she climb up in that attire? Or did she actually bring another set of clothes to change into when she reach the peak?

Its also rediculous to climb all the way to the top, just to find amenities like VENDING MACHINES and EATERIES up there! (of course, what else do u expect? its JAPAN!!) 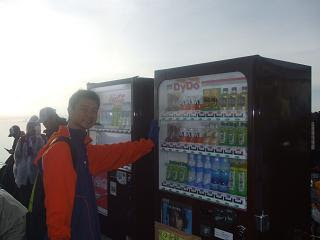 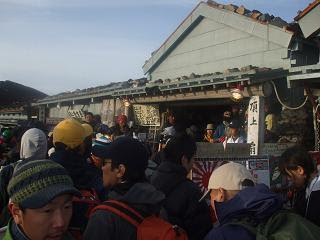 Its so unlike what i expected out of a "highest mountain" - wilderness, vegetation, frost bite etc etc
I guess its just a matter of time before they build an Izakaya(drinking bar) and Pachinko palour(gambling arcade) up there too... not to mention a few convenient stores and MacDonalds.