Today i went to Tsukiji Fish market, known to be one of the largest fish markets in Asia. I reached there about 1pm, but as you can see in the picture below, there wasnt much going on then. 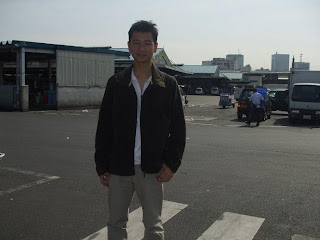 As you know, those fish mongers usually do their business early in the morning. Their fish trading usually end by 10am - which is way too early for me to reach there by then (i hate waking up early...:)
So, below are some photos which i found on the internet.. its pics of the "action" that takes place every morning there.... haha.... 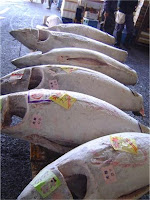 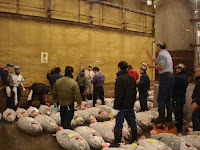 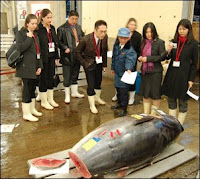 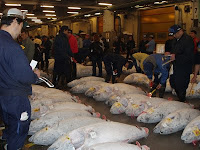 Instead of waking up at 7am and making my way there to see the actual action, i guess the vicarious thrills from these pics is enough for me

Beside there, there was a place called "Tsukiji Outer market" which was opened the whole day. There were smaller fishmonger shops and restaurants there. 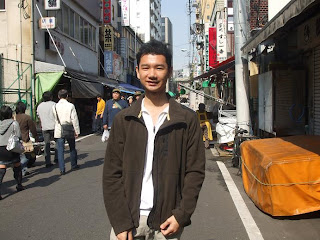 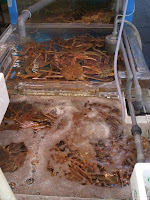 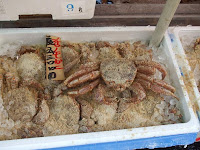 Some life seafood being sold at stalls....

I found a long queue of pple in one of the streets.. 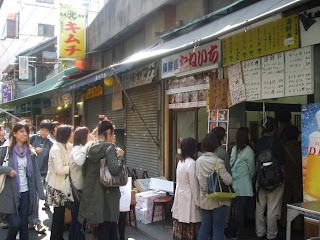 Upon looking closer, i understood why... There wyere selling Fish-Dons for only 900yen!! Its freaking cheap!!! 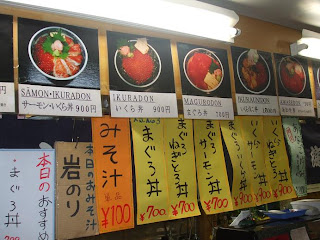 So, i immediately joined the queue. After a 30min wait, i was treated to this Salmon and "fish-egg" Don prepared by the chef. 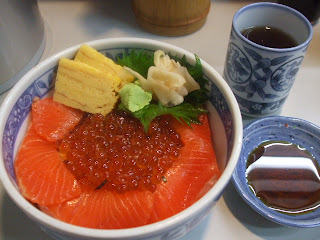 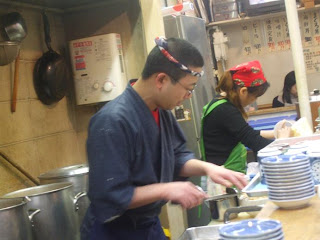 Delicious!!! The orange fish-eggs in the middle were so fresh!!