Bright sunny weekend, and everyone's out to play.
Went to a BBQ at Futako River to celebrate Kim's and Ernesto's birthday!!
12 Noon:
the area is already crowded with BBQ-ers 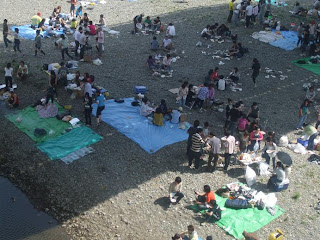 So many people there already...
Here's our BBQ pit. 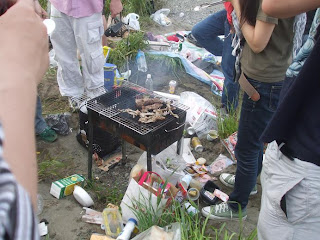 2pm:
Took a stroll along the river
Its nice to BBQ by the river... its open, windy, crowded, free-of-charge, and if u feel hot, you can just go take a dip in the river.. 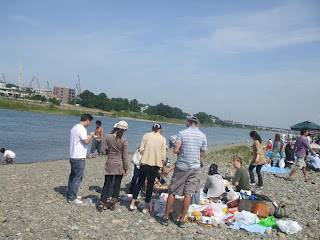 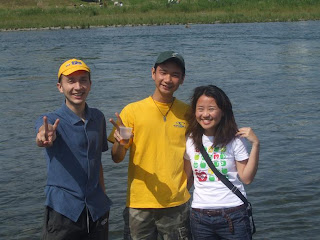 See, the river water is not that deep... 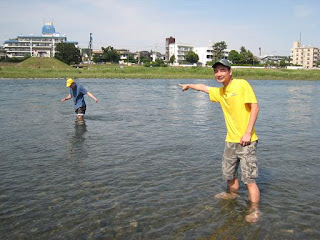 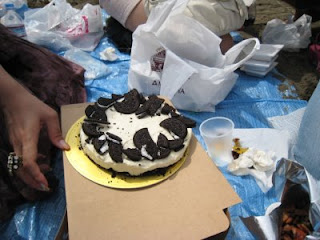 It was literally a Gaigin(外人 Foreigners') Party. Most of the pple there were non-Japanese foreign students from the uni. States, South America, Scandinavia, France, Middle East, Russia, China, HongKong, SE Asia... you name it, there'll someone from there present at the party!
Here are some random photos taken: 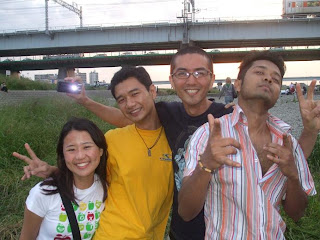 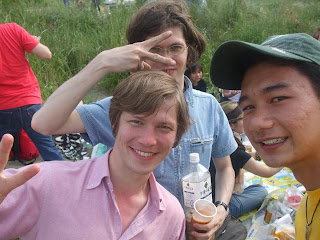 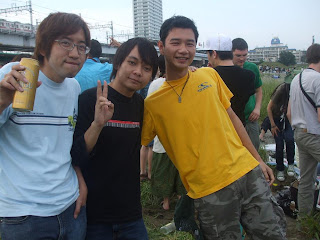 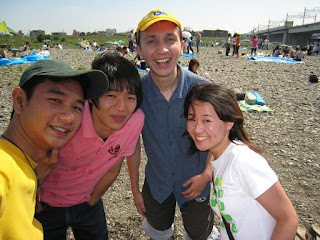 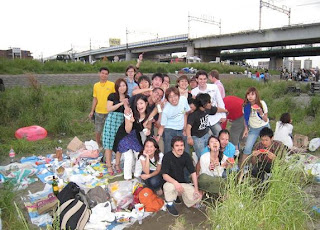 5pm:
Another group of pple near us set up a stereo system to blast music.
Thanks for creating the atmosphere!!! 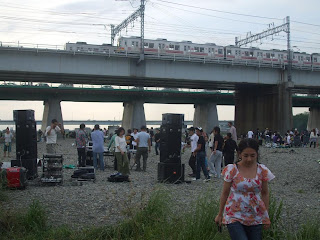