Today, I was alone... so i decided to explore the place myself.

First stop, Fukuoka tower. Architecture looks impressive, but its only about 30 floors high. Any normal housing flat in Singapore would have easily beat that height. But over there, it was the highest, as compared to its surrounding buildings. 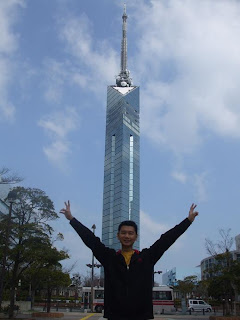 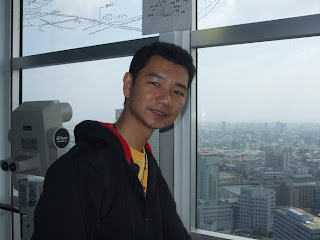 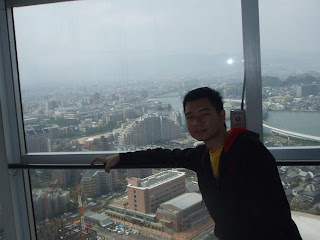 The view from the top was quite impressive... 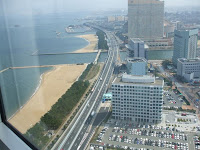 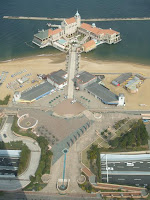 You can see the surrounding buildings. That weird looking land protruding out into the sea is actually a CHURCH!. Thats my next stop. 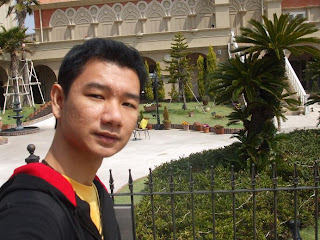 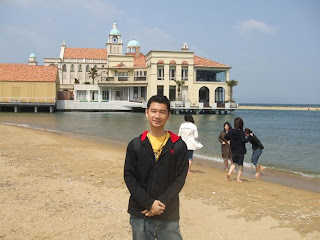 The church was beautifully decorated with flowers. As there was a privte wedding event going on, I was not allowed to enter the church.. could only take pictures form the outside.. 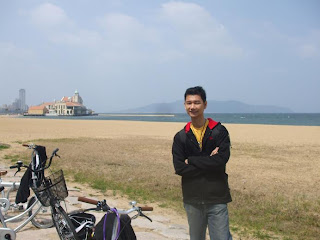 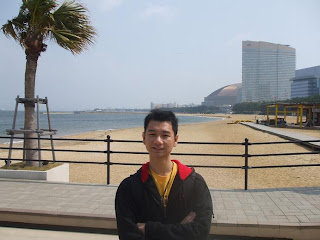 I took a short walk along the beach to reach FUKUOKA YAHOO DOME.

(In Japan, they use the word "Dome" instead of "stadium") 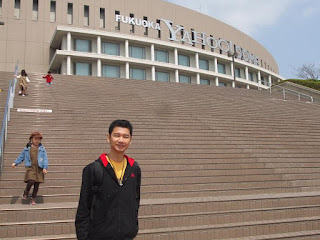 So effectively, this is their national stadium (sponsored by "yahoo", i guess) where most of their baseball matches are held. 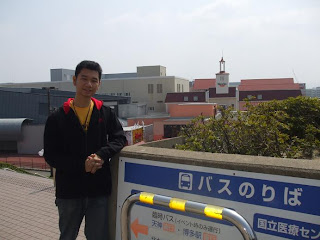 Their regional team called "HAWKS". That is probably why they delicated the name of the adjacent town to be called "Hawks Town" :)

I continued walking, and i found this: 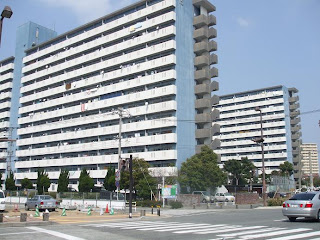 Does this remind you of the typical HDB flat we see in Singapore?

Yup, i actually took this picture in Kyushu, Japan!! The layout of the building structure is pretty similar.

Just a lovely park with lots of birds, fishes, ducks and people picnicing 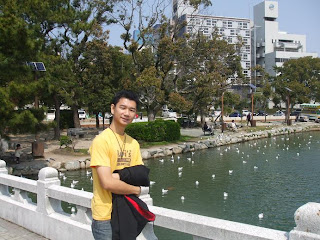 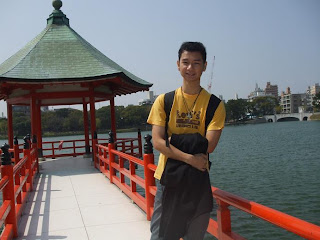 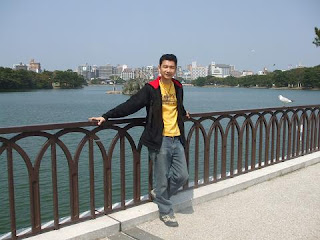