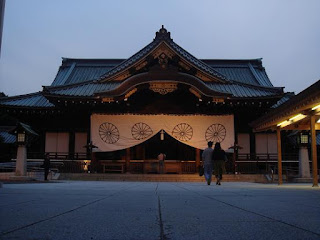 Yasukuni Shrine - A controversal and political place.
Everytime when some Japanese political figures, such as Prime Minister Koizumi, visit this place, China will make noise.
This shrine was actually built more than 130 years ago, in the hope that Japan would "be at peace for eternity". Over the years, this shrine evolved and also worships several war heros - even those involved in the numerous wars against China in the past.
Therefore, visiting this shrine indirectly means that you are worshipping these war heros, and thus the Sino-Japanese relations are at stake. 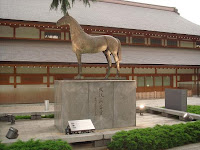 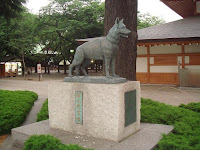 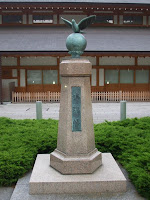 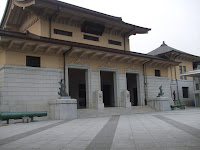 Even the guard dogs and the war horses are honoured...
Here are some interesting quotes i got from their museum:
Here, they use the term "Nanking Incident" instead of "Rape of Nanking"
"General Matsui Iwane distributed maps to his men with foreign settlements and the safety zones marked in red ink. Matsui told them that they were to maintain strict military discipline and that anyone commiting unlawful acts would be severly punished. The defeated chinese rushed to XinGuan and they were completely distroyed. The chinese soldiers disguised in civilian's clothing were severly prosecuted....."
Similarly, "Sino-Japanese War" is called "China Incident" because "there was no formal declaration of war"
"...The Japanese government abandoned its efforts to prevent incidents from escalating...."
Last but not least:
"The desire of independence has been kindered by the japanese after the jap govt surrounded Nanking in Dec 1937."
haha, just read between the lines..
u will realise that its somewhat different from what we read from our History textbooks
Posted by Kenny at 11:28 PM No comments:

Ambitious as it sounds, I visited BOTH DisneySEA and DisneyLAND on the same day!!!!!
It was possible as it was a weekday - not much crowd around, except for a few schools at DisneyLand. At DisneySea, there was hardly any queue for all the rides, so i managed to sweep thru the whole park within a matter of 3 hours. 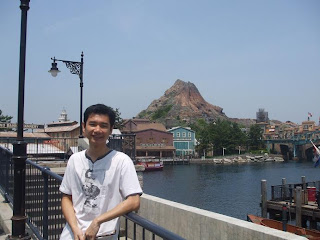 The landmark of DisneySEA is perhaps the fake volcano mountain u see in the background. There is a roller coaster ride in it. At nite, there will be (fake) smoke coming out from the peak. 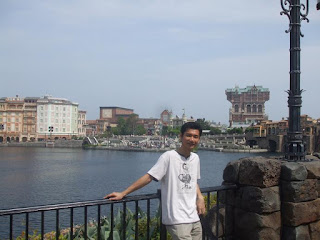 The big tower u see in the background is the "Tower of Terror", one of the more famous rides in DinseySea. 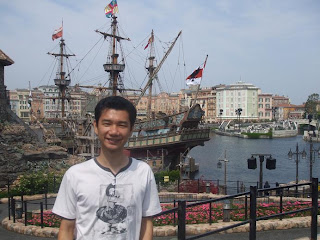 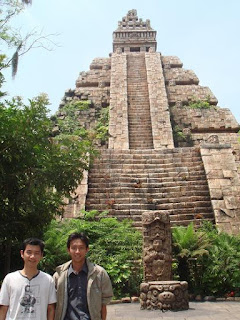 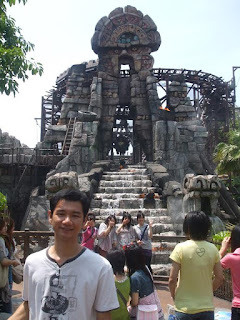 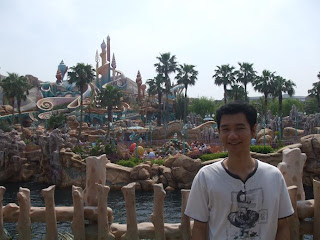 There are many nice structures/buildings around and they all revolve the theme of "castle", "ancient tomb", "harbour" etc etc. 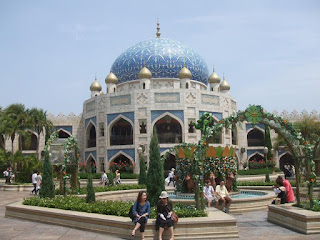 This nice building is Aladdin Palace
All in all, I feel that most of the rides in SEA are catered for children. There are not as adventurous as those found in Universal Studios. Of course, there are some good rides here and there.
My recommendations:
1) Journey to the Centre of the Earth (the roller coaster in the fake mountain). Its a good ride..it brings u in and out of the volcano, with some drops and spins along the way. Good decoration and props too.
2) Tower of Terror: Its a bit the ... ermm... I'm not sure how to describe it. Some pple may find it stupid.
Seriously NOT recommended(excluding all the kiddy rides):
1) Raging Spirits (Roller coaster): Its small, its pathertic, and the 360 degree turn is barely 2 stories high. Even toddlers arent scared to take this ride
2) Aladdin 3-D show: My friend and i both fell asleep 5 min into the show. The attendent had to wake us up when the show ended to ask us to leave the theater. Blahh.
DisneyLAND;
Perhaps the more HAPPENING place out of the 2. 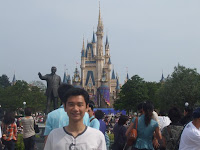 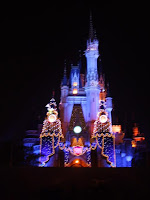 Day and night view of the famous Disney Castle.
Here, there are more cartoon characters to take photos with. Its as though returning back to your childhood where those nostalgic characters like Mickey, Donald, Goofy come to life again. 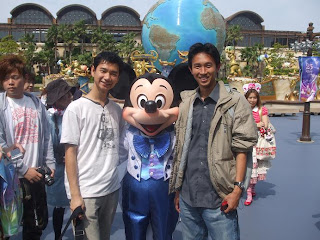 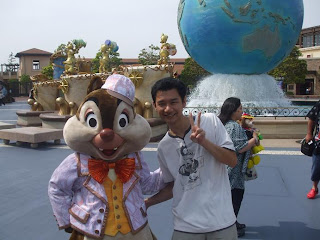 The queues here in DisneyLand are significantly longer than that in SEA. You even have to queue up to take photos with those cartoon characters! 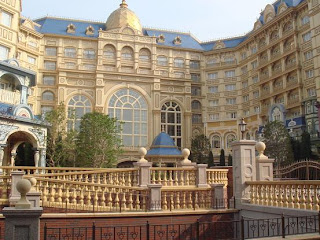 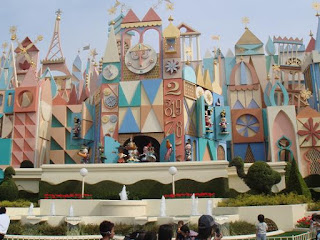 As usual, nice colourful buildings with tonnes of rides. (including a significant number of rides catered to adults). 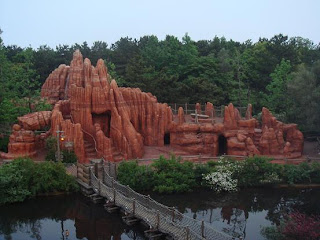 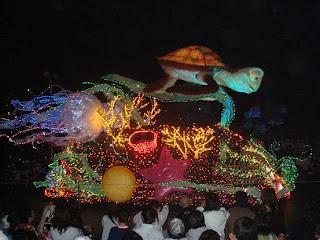 Their night street parade is impressive, quite similar to the "chingay" parade we see in Singapore.

There are many good rides here:
My Recommendations:
1) Space mountain(an indoor roller coaster)- It is pitch-black inside, except for some light here and there, which simulates outer space. U cannot see where you are going! And the ride is very fast...
2) Haunted Mansion: Very relaxing ride. Beautifully decorated haunted mansion, with laser lighting efffects to simulate spirits.
3) Splash mountain(roller coaster that splashes into the water): One of the better-decorated ones compared to other theme parks, and this ride actually last for abt 7 min long.
Posted by Kenny at 11:55 PM No comments: