Went to RyoKoku (両国) area to visit some parks and churches in that area.
This is the Kanto Earthquake (one of the biggest and worst earthquake that happen in Japan) museum. Nothing much, just some description and a lot of "relics" from the earthquake. 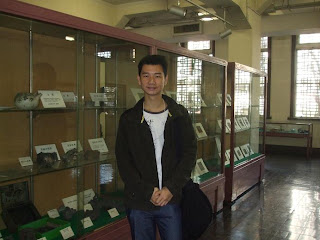 Beside it lies the Sumidagawa River, where this famous ferry fetches tourists from Asakusa area to Odaiba area. 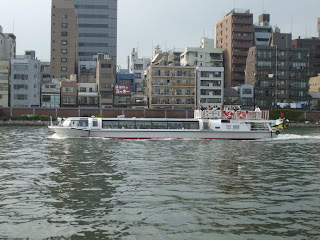 The view from the ferry is great, but its rather different if u are walking along the river.
Along the bank of the river, there is a small "drain"-like area separating the river and the land. Its used to prevent flooding during high tides or rainy periods. 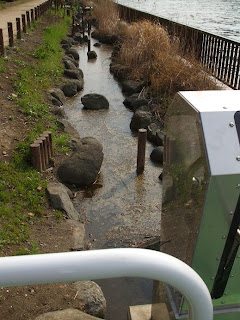 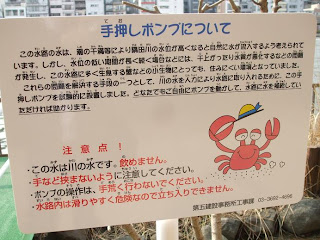 This sign says that on dry/non-rainy seasons, the water level in the river is low and will not be able to flood the "drain" with fresh water. No wonder all the plants in that drain are dying(or already dead). Water pumps are installed at regular intervals along the stretch of river, and they are reaching out for kind-hearted pple (like me) to help pump the fresh water in from the river. 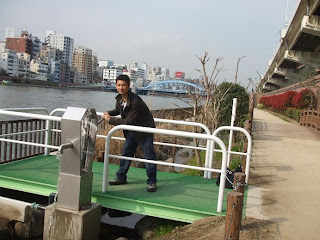 Pumping water is sure a tiring job...
Posted by Kenny at 2:35 AM No comments:

This event happened last weekend at Odaiba area. I stole these youtube from Kim's blog (*thanks Kim*)
The tickets are too expensive anyway, but lucky Kim's dorm is located there and she can get a bird's eye view by just sitting at her corridor!!!!

FYI, the actual site of the hill(Mt Haruna) used in the filming of the movie "Initial D" is located somewhere to the north of Tokyo. However, due to safety reasons after the release of the show, the authorities put in measures to prevent pple from drifting along those roads.. sob sob...
Posted by Kenny at 1:29 AM 1 comment:

Today, a friend brought me to Komazawa Stadium, just a few kilometers west of Shibuya, to watch the some Track and Field Event. Its an annual inter-college/university competition within the schools in Tokyo.


It was raining slightly, and there wasnt much crowd. Rather, everyone was hiding under their umbrellas at some sheltered corner of the stadium. sob sob.. 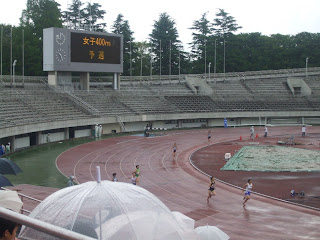 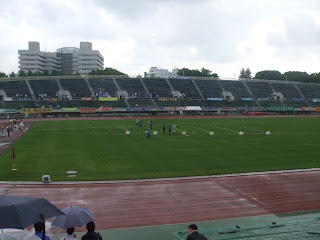 There were so many participants and we couldnt figure out who was from our school, so we just randomly cheered and jeered when every race started.. LOL...

What fascinated me that day was not the race itself, but rather the location. It was a huge public park, with a large number of sports facilities around - soccer field, hockey court, sports halls, indoor swimming pool, stadium etc etc. 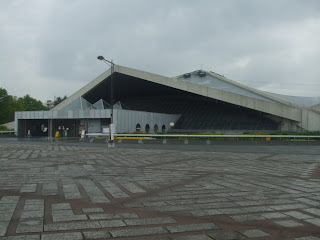 But the weird thing was, every building looks somewhat old and yellowish... Japan is so rich.. why dont they just upgrade/rebuild this place??!!!

And right in the centre of everything, there was this weird-looking Tower: 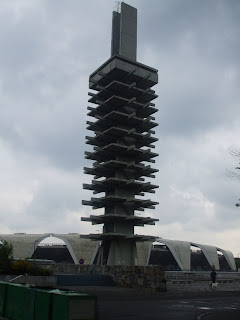 Oh my god!! I just realised that i was standing at ground zero of the 1964 Tokyo Olympics village!!! This tower was where the olympics flame was held then!!

Impressive... considering the fact that all the buildings here are at least 50 years old, they are pretty well maintained and still in usable state :)

Today, 50 years down the road, Tokyo is again bidding to host the Olympics (2016 summer)
You see advertisements like these all over the country: 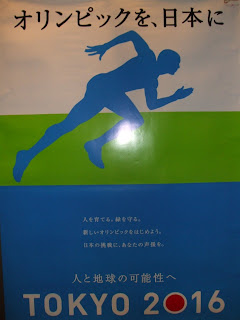 Their theme is (結ぶ Musubu) which means to tie/bind/link, just like the pic of the knot below 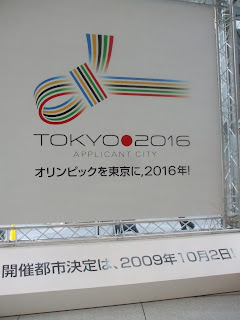 Final results will be out in late 2009. The other 3 competiting cities who successfully got into the final round are:
Madrid(Spain), Chicago(US) and Rio de Janeiro(Brazil).
Tokyo got the highest points in the last eliminating round among the other candidate cities, of course. (Followed by Madrid, then Chicago)
Lets just hope that the Olpmpic touch goes back to Japan this time round... : )
Posted by Kenny at 3:25 PM No comments: