Unlike NUS, Tokyo Tech does not have a one-week mid-sem break in the middle of the term. So in order to travel, I had no other choice but to give myself a few days off. haha. :o

First stop: OSAKA
Universal Studios Japan.(USJ)
It is reported that Singapore is going to build their own Universal Studios within the Integrated Casino in Sentosa. But judging the puny little land area of Sentosa, i am rather skeptical abt how good it will be.
Just take a look at the main entrance of USJ. 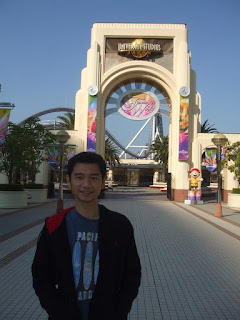 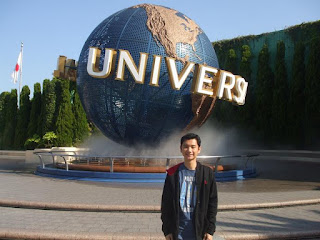 Of course, there are all the childhood cartoon characters - Elmo, Ernee(Sesame Street), Popeye, Betty Boop, and of course, HELLO KITTY 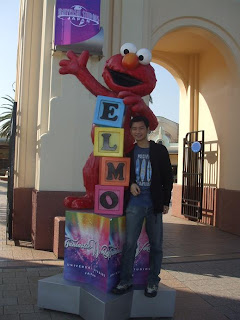 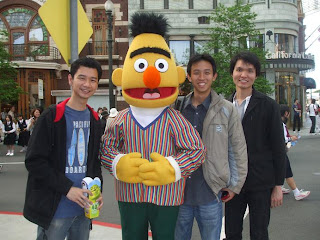 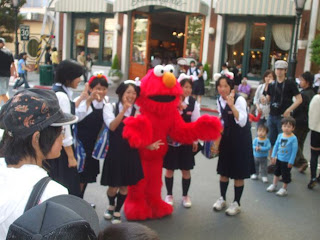 A group of Elmo-fan club kids taking pics with Elmo... 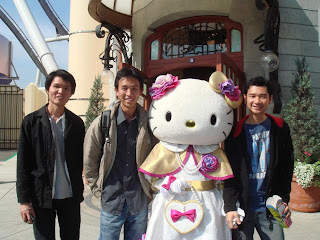 Of course, not to mention, Japan's tradmark - HELLO KITTY 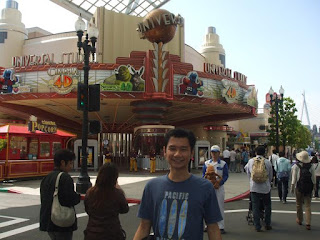 The best ride in the park was probably the Spider-man ride - it sure is worth the 80min queueing time. Its basically an indoor cart ride, controlled by the computer. You are given 3-D glasses to view the 3D effects(spiderman jumps onto your car every now and then, and the vibration/movement of the cart emulates the scenario of your cart being thrown around). Along the way, were fire/hot air/water/wind to make the whole experience(story) more surreal.

NEXT STOP: OSAKA AQUARIUM + Ferris Wheel
Along Osaka Bay, just opposite USJ, lies the Aquarium and a Ferris wheel. 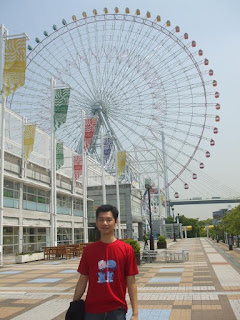 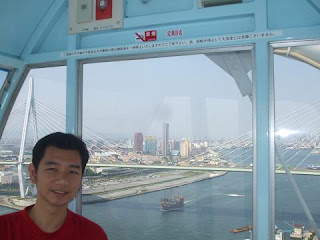 View from the inside: you can see the whole Osaka Bay area, and Osaka city in the further end. 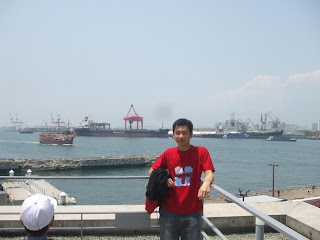 Here is what Osaka Bay looks like from the ground level..... cant see much

The aquarium from the outside: 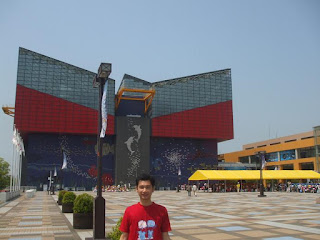 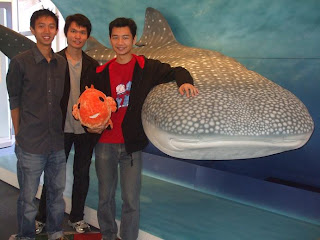 This is the main attraction of the aquarium: a big big big whale. Biggest in Japan i think, and its vegetarian. 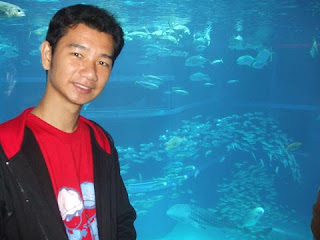 You can see it surrounded by small fishes in the backgound.
In my opinion, this aquarium, known as "one of the best in japan", is over-hyped. Basically, the whole building consists of a huge tank(as seen in the pic). There werent any good performances, shows etc to entertain the crowd... what a waste of money.... 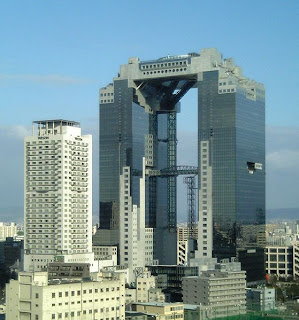 View from the bottom: 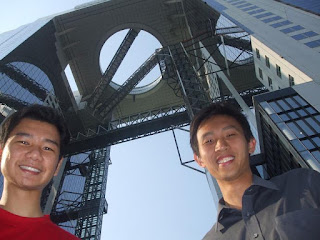 That nite, we went to the busy city area of DoTonBuRi in Namba... Pretty exciting and busy... feels as if u were in Tokyo...