Our next stop was Shimabara, a small town which is 3 hours train ride from Nagasaki. 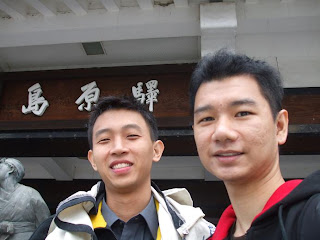 The main attraction of this place is the Shimabara Castle. Long long time ago, when the Dutch trades came to japan, they came by the southern route. As such, this small town of Shimabara was highly influenced by western ideologies - such as Christianity, democracy etc etc.. This was outrightly against the practice of the emperor then. Then he commanded some sort of attact on this town and a lot of people died and bla bla bla... (as if i care/remember).

Btw, i have no idea how many percent of the story I mentioned above is accurate.

Whatever the case, this tourist attraction spot is fun. 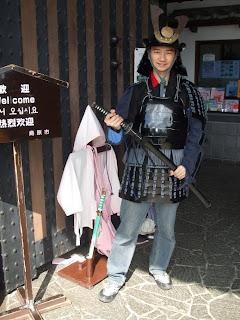 Me dressed up in a Samurai costume. 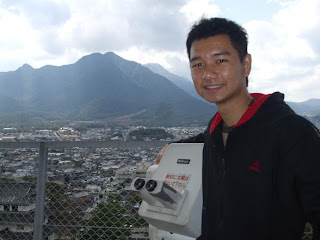 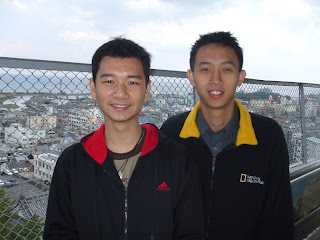 And the view from the top of the castle is impressive... 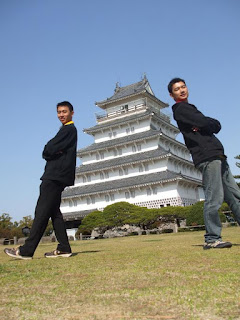 Me and TL taking fun shots with the castle.

The next big attraction of town is
"City of Swimming Carp - Approximately 1,500 carp swim in the beautiful pools of this city of fish. Their forms add elegance to Shimabara, a city of fresh springs. " 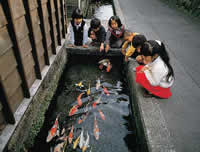 - these were copied directly from the official tourist website

But when I reached there... 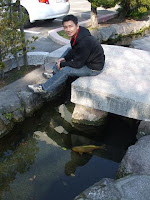 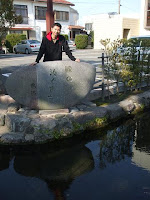 Where are the fishes???

after walking downstream for about 300m, 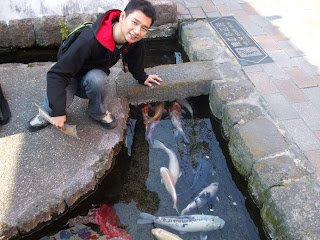